Blood is indeed thicker than political water. If you didn’t know Vasundhara Raje and Jyotiraditya Scindia were rivals in rajneeti, then you wouldn’t have guessed it by observing them at Ashok Gehlot’s swearing-in ceremony today. Eyes closed, her face flush with joy and affection, the outgoing chief minister was every aunty who’s happy to see her bhatija visit during summer break. Now we’re all wondering what she told him.

Perhaps that was it?

Ah, we can only guess.

There were talking points for fashionistas too. Raje wore lotus earrings and a saffron saree — surely a neta’s wardrobe can’t get more BJP-inspired than that?

And what about Jyotiraditya Scindia? The son of the late Madhavrao Scindia rocked the Lutyens look in a white kurta and a dark vest (See full-size photo below). The morning may have been chilly, but it seems family ties certainly aren’t after the BJP’s nightmare week.

The photo was taken on December 17 at Jaipur’s Albert Hall.

The saffron party has ceded power to the Congress not just in Raje’s Rajasthan (Perhaps we should now say Ashok Gehlot’s Rajasthan), but also in Madhya Pradesh and Chhattisgarh. Between Vasundhara Raje and Jyotiraditya Scindia, the nephew is certainly the happier of the two — in political life, at least.

But while the Congress has won a battle…well, a general election is coming up, and you know what they say about the war.

Maybe here’s what Raje told Scindia: “We’ll get you next time.” 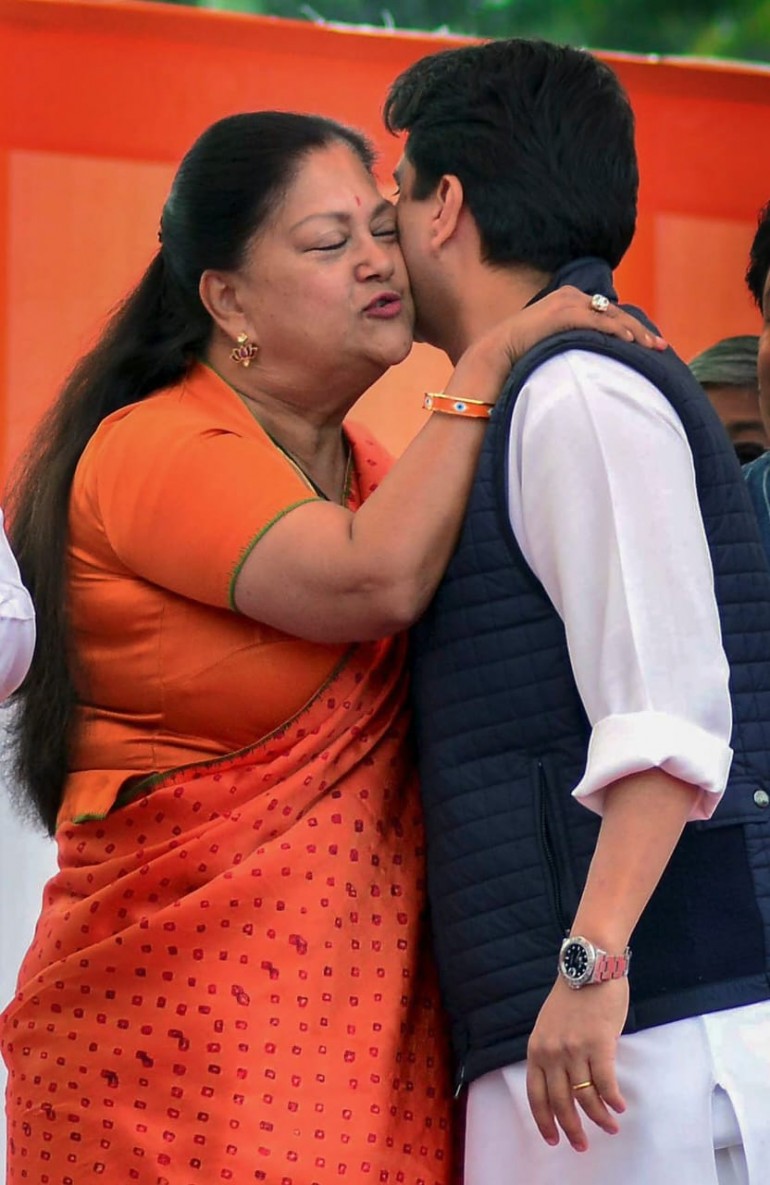